Waddington Street members were delighted to welcome the Revd Fiona Bennett to Durham over the weekend June 17-19, as part of our church’s 150th anniversary celebrations.

From July Fiona, who is minister of Augustine United Church in Edinburgh, will serve for one year as Moderator of the General Assembly of the United Reformed Church. Her year in office will include visits to churches throughout the country, bringing encouragement in our varied lives and ministries. We at Waddington Street feel privileged that she has visited us so early on, and shared with us her enthusiasm for what God is doing among his people.

Following her arrival on Friday Fiona spent time at the Waddington Street Centre, a mental health resource next door to our church, whose origins 25 years ago lay within our congregation. Then on Saturday she spent time with church friends and members over an afternoon tea in the church hall. And on Sunday she led morning worship, in which she spoke about the 150 years that we have now begun to celebrate. 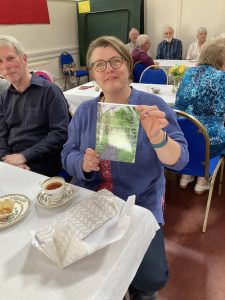 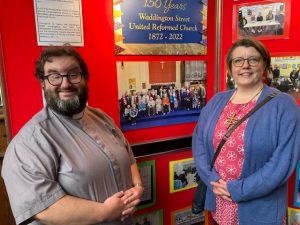 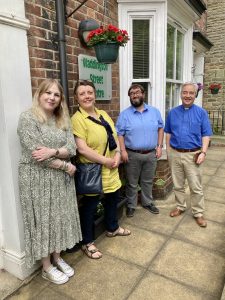